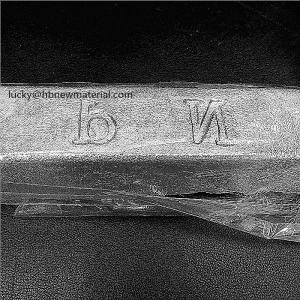 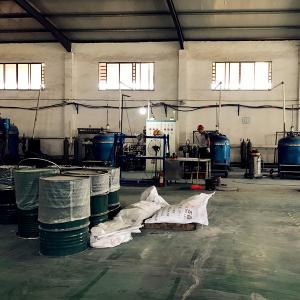 Usage : the metal industry uses master alloys to adjust the properties of its products

Application : A master alloy often provides the solution, as it dissolves much quicker at lower temperatures, saving valuable energy and production time.

One of the important functions of interalloys is that when smelting alloys with very different melting points, the pre-prepared master alloy has a lower melting point than pure elements, ensuring that the added elements are melted. In Mg-Li alloys, alloying elements with lower solid solubility and higher density (such as Zr, Mn, Ce, etc.) are usually added in the form of Mg-X master alloys, or in the form of compounds (usually salts). Through its reaction with Mg-Li alloy liquid to generate alloying elements, this method can effectively reduce the segregation and precipitation of elements.
The main purpose of adding the master alloy is to melt the elements with a large difference in melting point (the composition is near the eutectic point to lower the melting point), and make it lower than the smelting temperature of the main element (smelting generally takes the main element as a reference), This is conducive to the progress of the smelting process. For example, Al-Si, Al-Cu, etc. in Al alloys, generally the melting point of non-main elements of the master alloy is higher than the melting point of the main elements.
Master alloy, which is mainly used to modify the alloy. Its organizational state is more critical and can affect the final structure of the modified alloy. There are also many unstable elements or elements that are difficult to alloy in the master alloy. At the same time, master alloys, especially master alloys used for modification, have a time limit (validity period) in use.

Rare earth elements have the functions of removing hydrogen, removing oxygen, removing sulfur, removing iron, and removing inclusions in the magnesium alloy melt, achieving the effect of degassing, refining and purifying the melt.

The enrichment of rare earth elements at the front of the solid-liquid interface causes the composition to be supercooled, and a new nucleation zone is formed in the supercooling zone to form fine equiaxed crystals. In addition, the enrichment of rare earth makes it play a role in hindering the growth of α-Mg grains. Further promote the refinement of the crystal grains. According to the Hall2Petch formula, the strength of the alloy increases with the refinement of the grain size, and compared with body-centered cubic and face-centered cubic crystals, the grain size has a greater impact on the strength of hexagonal close-packed metals, so the grains of magnesium alloys are refined The resulting strengthening effect is extremely significant.

Rare earth and magnesium or other alloying elements form stable intermetallic compounds during the alloy solidification process. These rare earth-containing intermetallic compounds generally have the characteristics of high melting point and high thermal stability. Internally, it can pin the grain boundary at high temperature, inhibit the slip of the grain boundary, at the same time hinder the movement of dislocations, and strengthen the alloy matrix.

Thank you! Your message has been sent to the following suppliers.